Nicola Settimo was born in Camposampiero in the province of Padua on 1st November 2000. As soon as he gets into the two-wheeler world at the age of 5, he proves to be a formidable rider: in his first race he gets to the podium. His result does not go unnoticed. The 2RS team wants him to be one of its riders and for the next four years he competes in the Italian championship, often getting to the podium.

At school with “mini”

His passion and growth are constant. In 2009 Nicola switches to the 12” miniGP category. He then takes a year off from the championships to focus on training with one goal: to participate in the selections of the Honda Gresini Racing School.

The selections take place at the kart track of the Aprilia International Circuit in Rome. Every year 100 young riders  from all over Italy take part in the selections, just the first 20 are admitted to the school.  In 2010 Nicola managed to be one of those 20. The school provides them with motorbikes and  all the necessary equipment and the assistance of Honda mechanics.

2011 was Nicola’s first year  in the HIRP championship as a Honda mini GP rider. His commitment and talent led him to rank among the top 5 riders at the end of the championship. As a result of his placing, he was  reappointed in 2012 and 2013 by Honda. In both championships Nicola got to the top 5 positions.

Once the “school” experience was over, in 2014 Nicola gets to the next level: the move to high wheels. He joins the Ioda Racing team, competing also in Moto GP, Moto 2 and Moto 3. Together with the new team, he takes part in the Alpe Adria Pre-Gp 250 European Championship. At the first race in Adria (Rovigo) he is forced to start last from the pits due to a technical problem, but he is able to overcome the 20 rivals and win. After a season of victories and podiums, Nicola gets to the 3th position in the final classification, just a few points behind the top two.

In 2015 Nicola switches to the Bierreti team of Faenza, where he rides the Honda NSF250 Moto 3. Despite being the first experience with his new moto, he wins the second position in the Alpe Adria European Championship. He succeeds also at the Trofeo Triveneto. The following year Nicola tries again the climb in both competitions, winning the fourth position of the Alpe Adria and the second victory of the Trofeo Triveneto.

The switch to the Supersport 300

The latest breakthrough (in order of time) comes in 2017. Nicola participates in the first edition of the World Supersport 300, on the Superbike circuit. He wears the colours of the 2R Road Racing Team riding the Yamaha R3. He competes in nine rounds throughout Europe where he tests himself against 45 riders chosen from all over the world. In the first part of the championship the riders will ride in Aragon (Spain), Holland, Imola (Italy), Great Britain and Misano (Italy). After the summer break the championship resumes in Germany, Portugal and France, with the grand finale in Jerez (Spain). Even in this new category, with his skills and commitment, Nicola always manages to get to first positions.

In December of the same year Nicola was reconfirmed for the 2018 World Supersport 300 Championship; however, he changed team and switched to the colours of the Maranga Racing stable, riding a Honda. The results obtained in these two years attract the attention of other teams.

At the end of the 2018 championship, he is called by Prodina Ircos team, the official Kawasaki team. He actually joins the team at the end of the year, while in 2019 he participates in the CIV (Italian Speed Championship), the most important championship in Italy. This historic championship involves  more than 30 riders competing in the Supersport 300 category in six rounds of two races each. The 2019 edition of the CIV runs on the circuits of Misano and Mugello twice, at Imola and finally at Vallelunga; in the latter, after a season spent fighting in the top positions, Nicola obtains the record lap of the race.

Given Nicola’s good performance, at the end of the same year the Prodina Ircos Kawasaki team confirmed him in the team for the 2020 season.

During the pandemic, he dedicates himself to an intense mental and physical training.

The CIV finally resumed in July 2020, Nik7 inaugurates it with a third and a first place. He won’t leave the podium for the entire season. In this year he faces a loss against his rival, but this does not prevent him from taking home the title of 2020 Italian vice-champion in the SS300 category.

After a woderful season full of emotions, Nicola is getting ready for the new challenge of 2021:  switch to Supersport 600 riding a Yamaha R6! 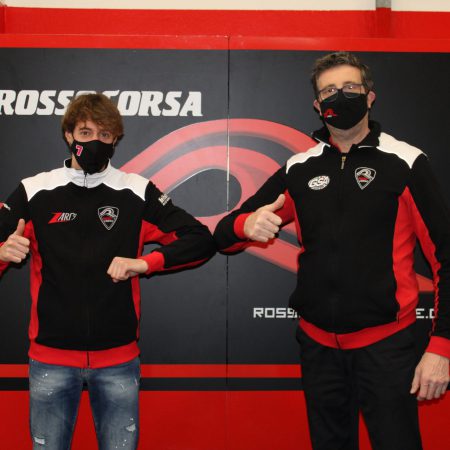 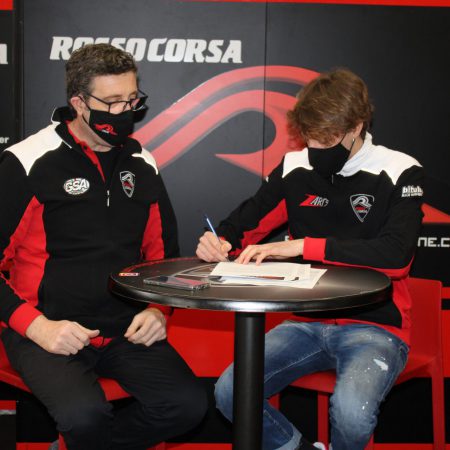 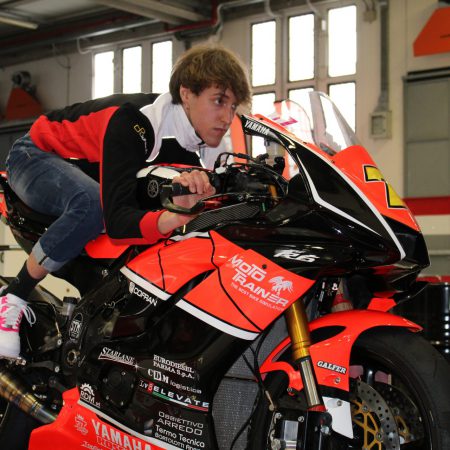 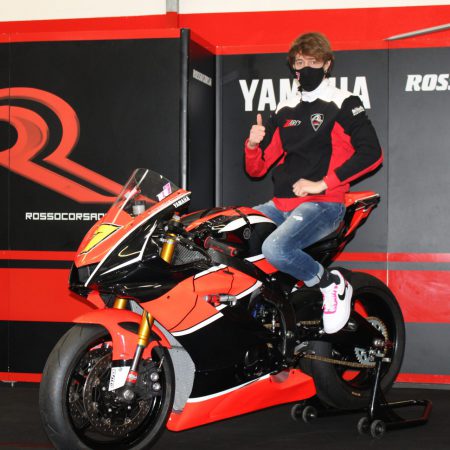