The Rosso Corsa team is in the Misano World Circuit, to compete in the fourth round of the Italian Speed Supersport Championship with its two riders Massimo Roccoli and Alessandro Arcangeli.Yesterday,the two riders of Beppe Amato’s team had played the free practice and the first qualifying round in which Roccoli (1’41″252) had finished in ninth place and Arcangeli (1’41″924) in the eighteenth.
This morning, on a warm and sunny day, the second and definitive qualifying session took place, in which the starting grid of the afternoon race was decided. The six-time Italian champion scored a time trial of 1’40″264 and got fourth place. Arcangeli,instead, established the time of 1’41″924 finishing the race in twenty-sixth position. Then, Massimo started from the second row and Alessandro from the ninth, in the race that took place on the distance of 16 laps.
Before the start of the race, the sky suddenly turned into dark, threatening rain. Roccoli did a good start, in fact he went to third position, but unfortunately later, due to a technical problem, began to lose ground until finishing in eleventh place. Very positive was the end of the race for Arcangeli that got the twenty-fifth at the end of the first lap, but he began a rally that led him to cross the finishing line in fifteenth position, thus gaining a point for his ranking.
In the league, the six-time Italian champion goes to second position with 131 points, only one less than the leader Gabellini. Arcangeli is 18th with 9 points. Tomorrow at the Misano circuit there will be the eighth race of the CIV Supersport 2019. 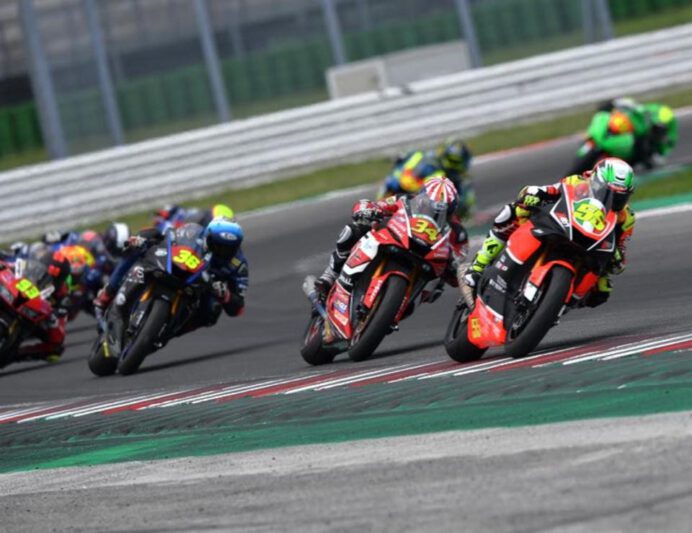 Massimo Roccoli: “This morning in the second round of qualifying, I found some traffic that prevented me from taking pole position, but I still managed to start the race from the second row. At the start, I did my best, but unfortunately from the first laps a technical problem forced me to slow down my pace and in the final, I had to make do with the eleventh place, especially in the offing of the championship. Now we work for tomorrow’s race and we are confident that we can do well also in consideration of the race pace that I have shown to have in the tests”.

Alessandro Arcangeli: “I’m happy of my competition today. Unfortunately we were wrong in the 2 qualifying this morning and this forced me to start 26th. At the first bend there was contact with other riders and I lost some positions, but later I did at full stretch, making many overtakings and recovering up to the fifteenth final position. A good result that gives me spiritual strength for the race tomorrow”.
Beppe Amato: “Unfortunately we had a technical problem on Roccoli’s motorcycle i, on which our technicians are now working on. I thank Massimo that as always ,even in difficult situations, manages to gain important points. I am also pleased with the progress made by Alessandro who made a good race and won a point. Now we need to focus on tomorrow’s race. “ 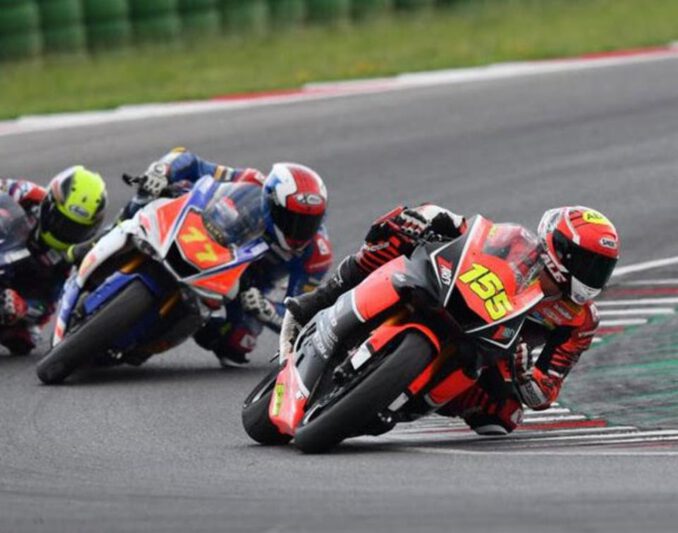