ROCCOLI ONE STEP AWAY FROM THE...

Fifth round of the CIV Campionato Italiano Velocità Supersport 600 at the Mugello International Circuit for the Rosso Corsa team and for its two drivers: Massimo Roccoli and Alessandro Arcangeli. Yesterday the two riders of the Rosso Corsa team went to the track to play a free practice session and the first qualifying session in which Roccoli had set the time of 1’55″102 and had obtained the seventh place, while the best lap of Arcangeli was 1’55″875 and had placed sixteenth.
This morning, on a sunny day and with cool temperatures, the two standard-bearers of Rosso Corsa team played the second and final qualifying session that decided the positions on the standings of the two races of this weekend. Massimo Roccoli lowered his best time and with a lap in 1’54″473 finished in fifth place. Excellent performance of Arcangeli who improved by over eight tenths of his time yesterday ended eleventh and then fell after scoring his best lap (1’55″015) damaging his Yamaha YZF R6
With these results Roccoli started from the second row and Arcangeli from the fourth, in the race that was held in the afternoon on the distance of 14 laps. Roccoli’s start was very fast and allowed him to immediately join the leading group. Alternating (between) the third and sixth position, the six-time Italian champion struggled to make his way in the group and passed under the checkered flag in fourth place at less than two tenths from the third.
Unlucky was the Arcangeli’ trial. His technicians worked on his motorcycle, repairing it from the damage of the fall in qualifying, until a few minutes from the start, but unfortunately in the race Alessandro was unable to find the right feeling with his motorcycle and preferred to retire during the fifth lap, while it was near the points area.
In the championship standings Roccoli is second with 139 points. Arcangeli is twentieth with 8 points.Tomorrow at the Mugello circuit there will be the tenth race of the CIV 2019. 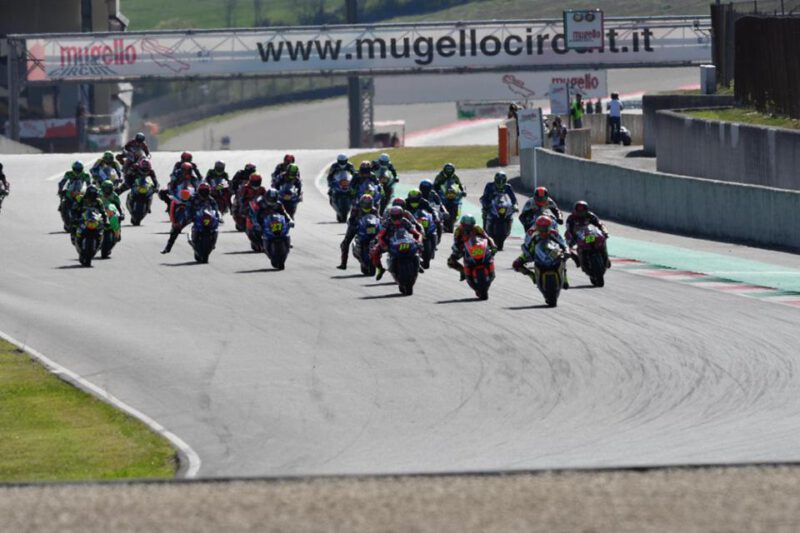 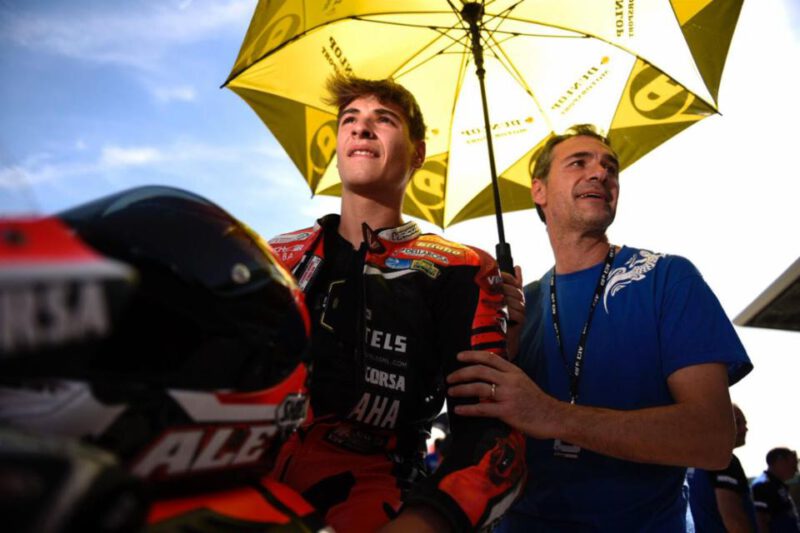 Massimo Roccoli: “My technical staff worked really well. Today ,for the race we made some changes that proved to be very good. The race was a bit complicated with some very decisive overtaking that broke the leading group and did not allow me to take advantage of the good time to bring my decisive attack. We’ll try to do even better in tomorrow’s race”.

Alessandro Arcangelli : “I did a great qualifying, but after making the fast lap I fell at the Arrabbiata 2 bend doing a lot of damage to the motorcycle. The whole team worked until the last moment to fix it and allow me to take part in the race. Unfortunately, after the start, I did not find a good affinity with the motorcycle and I was struggling to ride it as I wanted, so I preferred to retire to not risk another fall. I’m sure we’ll have a chance to make up for tomorrow’s race”.

Beppe Amato – Team Manager: “today, the race today had a great result, Massimo has completed a good performance and has exploited all his potential. Yesterday we had some issues, but we hope to have solved it permanently. Too bad for the early Withdrawal of Alessandro, on whose motorcycle, our technicians are now working on. I expect something good from tomorrow’s race and I’m confident.”