A BAD FALL STOPS THE GREAT...

The final day of the fifth round of the Supersport World Championship in Imola took place under cloudy skies and the threat of rain, which fortunately did not fall during the Supersport race. Team Rosso Corsa participates in this important event with its rider Massimo Roccoli, who races as a wild card.
In yesterday’s Superpole the six times Italian champion had an excellent performance and with a time of 1’52″213 he obtained the ninth position. Today he started from the third row in the 17-lap race.
Roccoli started very well at the traffic light and in the first laps he was in fourth position, in the leading group. In the following laps the six times Italian champion lost a little contact with the leaders and dropped to sixth place, but from mid-race onwards he climbed up the ranking, getting back to fourth place. In the final laps Massimo was fighting for the fourth place in a group of three drivers, but unfortunately during the last lap, at the exit of the Rivazza curve, he was victim of a bad high side. Promptly rescued, the Rosso Corsa team rider was transported to the Medical Center, where fortunately he was not found any fracture, so that after the necessary checks he was released.
This is how Team Rosso Corsa’s world round ends, an undoubtedly positive weekend in which Beppe Amato’s team proved to be able to compete with the best teams of the World Supersport Championship. 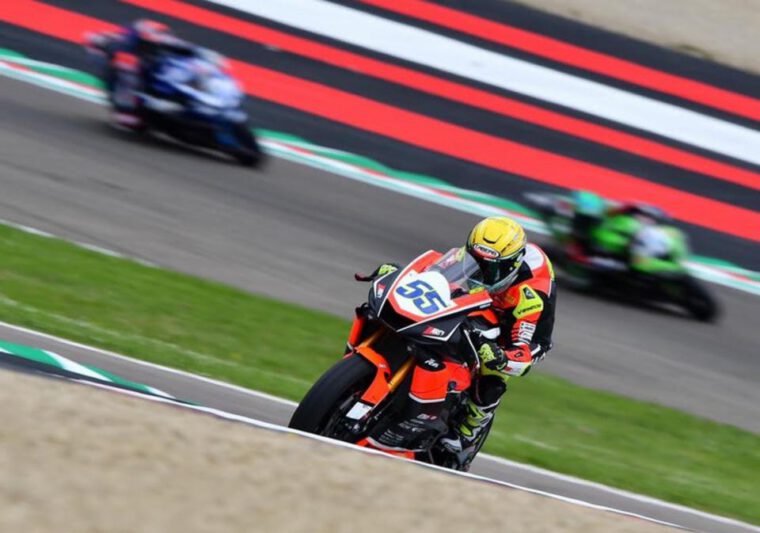 Massimo Roccoli: “An almost perfect race until 3 corners from the end. I made a mistake at the Rivazza corner, the gearbox went into neutral and when I raised the bike and put it in second gear the rear started to go. Most likely I also hit the gas and the bike literally threw me in the air. Fighting for fourth place was beyond my wildest expectations. Being together with the best riders in the world championship is really important. The team did a great job and the bike was perfect. Apart from the first three, we saw that we can be together with the others. Our goal was to be in the top ten. In qualifying we did it and in the race we were there until a few corners from the end. It’s a shame about the crash, I got a bad bump and I couldn’t breathe. The guys at the medical center gave me a complete check-up, but luckily everything is fine. I would like to thank the track service marshals and the medical center staff for their always invaluable work. Thanks also to Beppe Amato and the whole team for the incredible work done here in Imola. Special thanks go to my sponsors, supporters and to the Pantani family.”

Beppe Amato: “Today went very well and we did a great job. Massimo started very well and seeing him immediately in fourth place excited us. We knew that with our engine he couldn’t stay with the first ones for long, so I’m particularly happy with what he and our team’s technicians did. I mainly thank Roccoli for giving his all. He made a spectacular race even if unfortunately he crashed at three corners from the end, fortunately without serious consequences. I would also like to thank all the guys in the team, our sponsors and our supporters. See you in Misano in the next World Supersport race”. 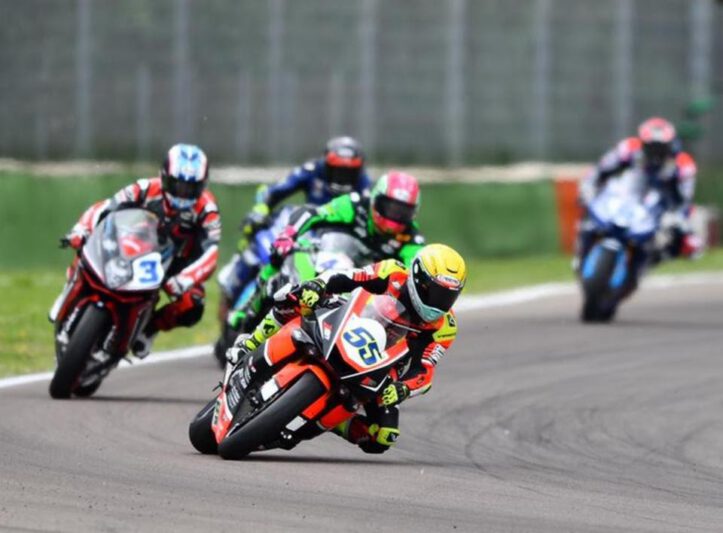